LIVING IN A MATERIAL WORLD: POP AND MATERIAL CULTURE OF AMERICA
Search 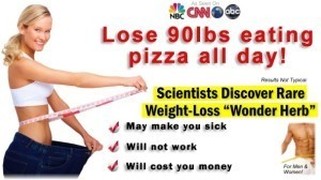 Fad diets are weight loss plans that uses a very restrictive diet or unusual foods to achieve the goal of a slimmer waistline. It also relies on pseudoscience (not actual science) for its success claims.
A healthy diet and regular exercise are not good enough answers for weight loss anymore. It is all about losing the most weight as fast as possible.

No one can go anywhere or do anything without seeing some sort of advertisement about quick and easy ways to lose weight. It is on the cover of magazines, commercials on television, and even advertisements on social media and other websites. People get spammed with emails about “a new way to lose thirty pounds in a month!” Magazines often use celebrities to advertise weight loss plans. While there were still magazine and radio advertisements in the 1970s, there were no spam e-mails or internet advertisements back then. This did not become popular until the mid 2000s.

This is not healthy for young people, especially young girls. Children are getting exposed to the idea that any size above 0 is not beautiful or attractive. It is not about health anymore, it is all about appearance. A child’s only worries should be about doing well on spelling tests or when the next Pokémon game is going to come out, not whether or not they are considered attractive by western media standards.
​
​People are starving and killing themselves to look like people they see in media. We should not change who we are to fit the social-construction that is the standard of beauty in our society. In a survey we conducted for this project on the Augusta University Summerville campus, 62% of people said that they had tried a fad diet at least once in their lives. Of that 62%, 93% were young women around 18-23 years of age.​​ 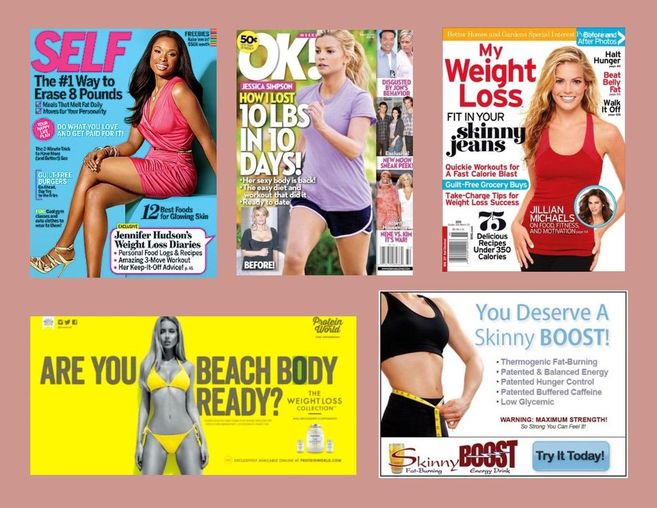 “Health, Fitness, Nutrition, Beauty, Love, and Culture.” SELF, SELF, www.self.com/.